Personal Values and the Golden Rule

Awakenings Institute, the non-profit organization that created this website, is joining a growing force of individuals who recognize the need for a new direction. We seek common ground, where we can join together to create a better world, one where love and joy prevail.

Like so many things of value, the key is in plain view. The solutions for many of society’s problems can be found in the same institutions that divide us and wreak havoc on the world.

Consider this beautiful form of the Golden Rule drawn from native American spirituality:

“Do not wrong or hate your neighbor. For it is not he who you wrong, but yourself.”

You’ll find other variations from around the world below. With all the conflict, it might be difficult to believe that this simple principle is at the heart of the teachings of all of the great world religions, along with many philosophical and humanitarian traditions.

It’s a fact. The Golden Rule is a central focus in Christianity, Judaism, Buddhism, Islam, Native American Spirituality, Hinduism, Taoism, Sufism, and more. It is also found in the philosophies of Epictetus, Plato, and Socrates. You can even find it in the timeless writings of success gurus like Napoleon Hill, who devoted an entire chapter to the Golden Rule in his book The Law of Success.

The Unifying Value of the Golden Rule

All of the religions have versions of the Golden Rule. Imagine what might be possible if people around the world could make this unifying principle a personal value. With it being built on love, the world would be quite a different place.

As with all meaningful change, it can only happen one person at a time and each of us has to decide “It starts with me.” People of different faiths and philosophies can benefit from it.

To give you some examples, here is an extensive list of statements from different sources that echo the Golden Rule. We found this list at www.religioustolerance.org.

Value Statements From the Major Religions

Bahá’í World Faith: “And if thine eyes be turned towards justice, choose thou for thy neighbour that which thou choosest for thyself.” Epistle to the Son of the Wolf

Brahmanism: “This is the sum of Dharma [duty]: Do naught unto others which would cause you pain if done to you”. Mahabharata, 5:1517 ”

Buddhism: Hurt not others in ways that you yourself would find hurtful.” Udana-Varga 5:18

Christianity: “And as ye would that men should do to you, do ye also to them likewise.” Luke 6:31, King James Version.

Confucianism: “Do not do to others what you do not want them to do to you” Analects 15:23

Ancient Egyptian: “Do for one who may do for you, that you may cause him thus to do.” The Tale of the Eloquent Peasant, 109 – 110 Translated by R.B. Parkinson. The original dates to 1970 to 1640 BCE and may be the earliest version ever written.

Hinduism: “One should not behave towards others in a way which is disagreeable to oneself.” Mencius Vii.A.

Humanism: “Don’t do things you wouldn’t want to have done to you, British Humanist Society.

Jainism: “A man should wander about treating all creatures as he himself would be treated. “Sutrakritanga 1.11.33

Judaism: “What is hateful to you, do not to your fellow man. This is the law: all the rest is commentary.” Talmud, Shabbat 31a.

Native American Spirituality: “Do not wrong or hate your neighbor. For it is not he who you wrong, but yourself.” Pima proverb.

Roman Pagan Religion: “The law imprinted on the hearts of all men is to love the members of society as themselves.”

Shinto: “The heart of the person before you is a mirror. See there your own form.”

Sikhism: “Don’t create enmity with anyone as God is within everyone.” Guru Arjan Devji 259

Sufism: “The basis of Sufism is consideration of the hearts and feelings of others. If you haven’t the will to gladden someone’s heart, then at least beware lest you hurt someone’s heart, for on our path, no sin exists but this.” Dr. Javad Nurbakhsh, Master of the Nimatullahi Sufi Order.

Unitarian: “We affirm and promote respect for the interdependent of all existence of which we are a part.” Unitarian principles.

Wicca: “An it harm no one, do what thou wilt” (i.e. do what ever you will, as long as it harms nobody, including yourself). One’s will is to be carefully thought out in advance of action. This is called the Wiccan Rede.

Yoruba: (Nigeria): “One going to take a pointed stick to pinch a baby bird should first try it on himself to feel how it hurts.”

Zoroastrianism: “That nature alone is good which refrains from doing unto another whatsoever is not good for itself”. Dadistan-i-dinik 94:5

Epictetus: “What you would avoid suffering yourself, seek not to impose on others.” (circa 100 CE)

Kant: “Act as if the maxim of thy action were to become by thy will a universal law of nature.”

Plato: “May I do to others as I would that they should do unto me.” (Greece; 4th century BCE)

Socrates: “Do not do to others that which would anger you if others did it to you.” (Greece; 5th century BCE)

Seneca: “Treat your inferiors as you would be treated by your superiors,” Epistle 47:11 (Rome; 1st century CE)

Example From a Moral/Ethical System

Humanism: “…critical intelligence, infused by a sense of human caring, is the best method that humanity has for resolving problems. Reason should be balanced with compassion and empathy and the whole person fulfilled.” Humanist Manifesto II; Ethics section.

The Golden Rule: A Positive Value for Humanity

It’s dumbfounding that religion so often features its shadow side, fostering divisions, hatred, and fear rather than connections, acceptance, and love. With so much focus on fostering dogma, rigid rules, conflict and war, you’d think the idea of focusing on love and compassion was out of the norm. This distorted side reflects the stress in the world and ignores the higher truths that form the foundation of the world’s wisdom traditions.

The past is the past and there’s no time like the present to change course.

Our most golden opportunity is to make this value our own and create an uplifting presence that can help the world to rise out of the current patterns of fear and division.

To create a more harmonious world, it serves us to acknowledge the world’s wisdom traditions and the personal values they express, centering on love, joy, compassion, and enlightenment.

Each of the world’s wisdom traditions is part of a larger whole and each approach adds valuable pieces to this whole. If we open our minds and our hearts, we can explore the ways each spiritual tradition has valuable knowledge and practices that can benefit us all. Each can also benefit from pieces of the puzzle that can be filled in with the wisdom offered by others.

Personal Values as Your Guiding Light

The world needs you. The question now is, how do you see yourself playing a part in this simple shift to love and happiness that can transform the world?

If you value the Golden Rule, we invite you to joins us and make the celebration of love a vital part of your daily life.

“Wherever you go, go with all your heart.”

Open Your Heart to Love and Light 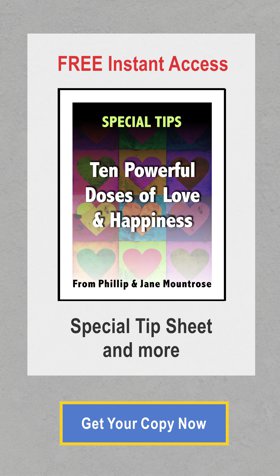 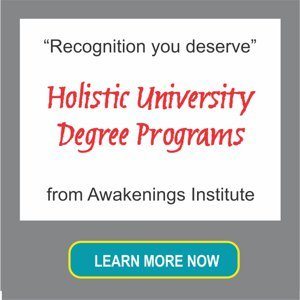 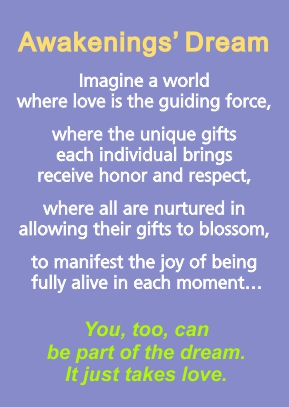 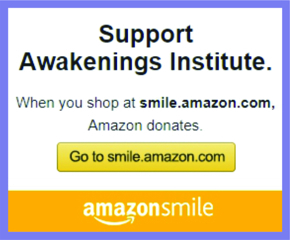